Nevermore-A-Matic is a robotic object that uses the beak-wiping gesture of the Common Raven to attempt to relay a message of duplicitous doom to ravens, crows, and magpies who have been attracted to the pile of meat positioned nearby, a Franken-carcass made of pig, cow, and sheep parts, each bought wrapped in plastic from the supermarket. It tries to locate and track individual birds around it, telling each a different, perhaps irreconcilable, story of despair through beak-wipes on the branch that points in their direction.

Birds wipe their beaks on branches for a number of reasons including perfunctory cleaning, shaping the beak to suit the locally abundant foodstuffs, and signaling aggression towards other birds. Beak wiping is also a displacement activity, a behavioral release for nervous energy brought about by conflicting or confusing stimuli or by blocked action: the bird still feels the need to act. The displacement activity becomes a fill-in, a kind of nervous tic. Beak wiping, scratching at the ground, and preening feathers are common displacement activities in birds. Anxious animals often execute displacement activities habitually, neurotic birds, in particular, known to preen themselves to near baldness. 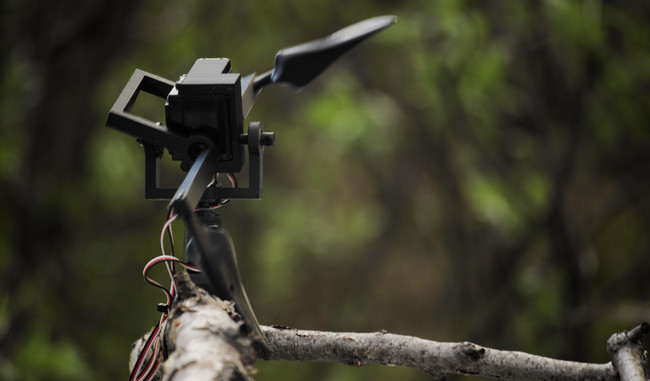 Nevermore-A-Matic uses the beak wipe as a medium for coded messages. Its messages are human stories of the end of the world, age-old mythological ones, contemporary science-driven doomsday scenarios, and the stories a politician was telling his supporters. It relays them in Morse Code--a slow wipe is a dash and a fast one a dot--layering a human signal on top of a machinic signal on top of an animal signal, the final result likely inscrutable to all parties, except those who have read this statement and the artist himself. Using a computer vision system to find black birds in its vicinity, it beakwipes its tales of gloom in their direction, telling one bird one story, another bird a different one, trying, in its own way, to keep each bird in the dark about what the other bird is being told.

The crows, magpies, ravens, and their kin--collectively the corvids--are exceptionally intelligent animals. Many corvid species even demonstrate theory of mind i.e. the ability to perceive mindfulness in others and make judgments based on that perception. When a raven sees a raven engaged in a pattern of incessant beak wiping, it, unlike probably most other animals, might conclude that the beak-wiping bird is in a nervous state. To the degree that Nevermore-A-Matic, despite its many formal differences from a corvid, has enough morphological and behavioral resemblances to key the animal into thinking of it as an entity not unlike itself, an observing corvid might perceive, with its unabated beak-wiping, that this odd entity is indeed in a very anxious and agitated state, that being its only salient message to its avian interlocutors. 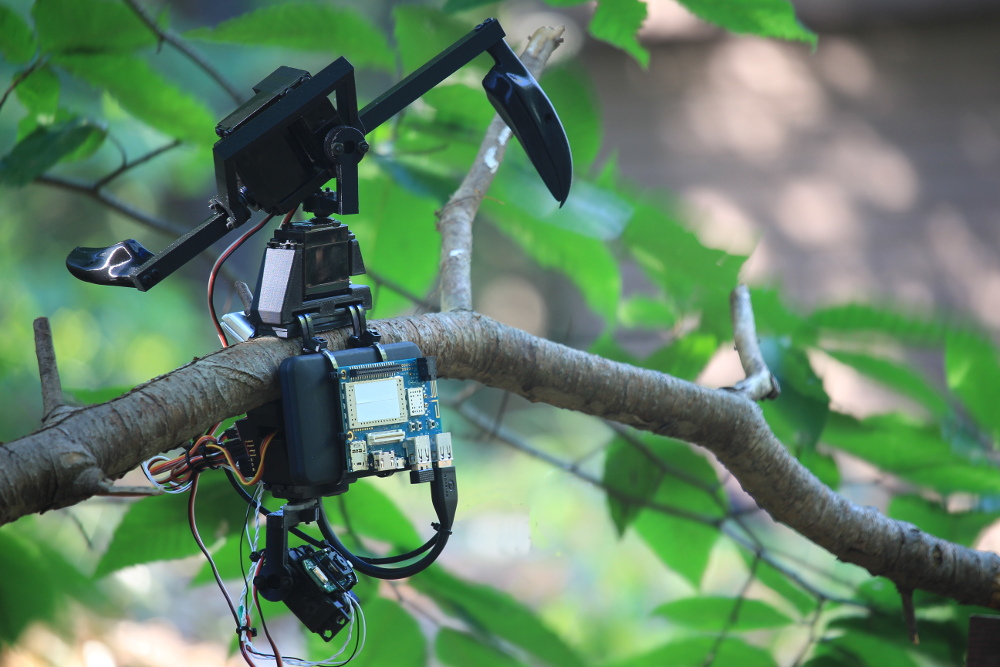 In its own story, Nevermore-A-Matic is a robotic preacher of doom and gloom, a machinic undertaker for the animals whose bodies make up the pile of meat it presides over and simultaneously for the whole of the world. It tries to warn other animals of the awful ends our pernicious species may bring upon the Earth, both in our fictions and our reality, but always fails, both because its message is obfuscated in layers of meaning-making systems and because it can't stop itself from lying, as duplicity is at the core of its programming and of its form.

Link back to project page